An unbelievable account of a group of peace loving Christians! 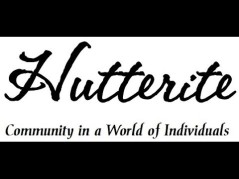 Find below the conclusion of a story that surprised me so much, that I felt I had to post it for your reading pleasure.

Jacob Wipf managed to send a telegram to their wives, and they traveled immediately to Leavenworth. They started out from their homes at night, leaving their small children behind them. But a railroad agent mistakenly gave them tickets to the wrong station, causing a delay of an entire day, so that when the women finally arrived at Leavenworth around 11:00 p.m., they found their husbands close to death and barely able to speak. By the following morning, Joseph Hofer was dead.

His wife Maria was told his body had already been placed in the coffin and could no longer be viewed, but she was persistent and pushed past the guards to the commanding officer, pleading for permission to see her husband once more. Her request was granted, but she was not prepared for what she found: through her tears, she suddenly realized that the lifeless body of her beloved husband had been dressed in military uniform. Joseph had been faithful to the last, and now he was mocked in death.

Michael Hofer died only days later; at the insistence of his father he was allowed to lie in his own clothes. Immediately following Michael’s death, David Hofer was brought back to his cell and chained to the bars, unable to wipe away the tears that streamed down his face for the whole day. The next morning, with the help of a willing guard, David relayed a message to the commanding officer, requesting that he might be placed in a cell closer to Jacob Wipf. The guard returned an hour later and told David to pack up his things for immediate release.

David was at first incredulous, but left a brief message for Jacob and prepared to go. It is not clear what prompted this unexpected and sudden release, but it is probable that rumors of his brothers’ deaths were beginning to leak out, and the prison was worried that they would become martyrs in the public eye. Soon after, on December 6, 1918, the Secretary of War issued an order prohibiting handcuffing, chaining, and the otherwise brutal punishment of military prisoners – a token political gesture to counteract the case’s growing negative publicity. In reality, Jacob’s battle continued.

When two Hutterites visited him at Leavenworth five days later, they found him in solitary confinement, his hands still chained to the iron bars for nine hours a day. He was still receiving a diet of bread and water and sleeping on a concrete floor, although he had been given several blankets. In a message sent home to his family, he wrote:

Sometimes I envy the three who have already been delivered from their pain. Then I think: why is the hand of the Lord so heavy upon me? I have always tried to be faithful and hardworking and hardly ever made any trouble for the brotherhood. Why must only I continue to suffer? But then there is joy, too, so that I could weep for joy when I think that the Lord considers me worthy to suffer a little for his sake. And I have to confess that, compared with our previous experiences, the life here is like in a palace.

Considering that the Armistice was signed on November 11, 1918, it is hard to believe that the chaining of military prisoners was only stopped on December 12. The prisoners were given planks on which to sleep, and conditions gradually improved as the War Department continued to receive petitions on the men’s behalf. Jacob Wipf remained behind bars for four more months and was finally released on April 13, 1919, after being hospitalized for a brief illness.
But the deaths of the two Hofer brothers could not be so easily forgotten, and by the end of the year, the great majority of Hutterite colonies had emigrated to Canada to escape further persecution – including vandalism by their neighbors because of their refusal to buy war bonds.

So ended one of the most shameful episodes in American military history.

5 thoughts on “Persecution in the Land of the Free – 2”