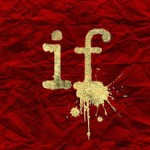 5 Now I want to remind you, although you once fully knew it, that Jesus, who saved a people out of the land of Egypt, afterward destroyed those who did not believe.

Can Jude be any less blunt?

Wow – these Israelites, whom Jesus saved out of Israel, were destroyed by Jesus later, due to absence of faith.
Did I read that right?
OK, so Jude may be talking of the people, the family of Israel, the tribes, the entire gaggle of people that were delivered from Egypt. I get that.
But those that Jesus destroyed? No that is not what I think it means!
Jesus destroyed those who did not believe.
Those without individual faith are destroyed by Jesus.
Let that sink in. Can it get any more disturbing to the modern Christian to hear a statement such as this!
OK, lets get back to the point. Could the first deliverance refer to simply being delivered from the tyrants of Israel? I’m thinking the first deliverance was a type, a foreshadowing of a greater deliverance, of a greater salvation, of a greater redemption intended for all who saw the acts of God, heard the words from Moses and internally exercised faith in the God of Israel.
What was the difference between one who was destroyed and one who wasn’t, even though both had been delivered? The duration of their faith separated these two groups of folk – all believed once, some believed continuously.
Only one condition, and that condition is the individuals duration of faith in the Savior, and Jude is preaching this story to believers.

Seems kinda obvious as to the intent of the author. One condition to avoid destruction in the Christian experience.
And that condition is continuous faith. Dang the people above made the one decision to join the deliverance from Egypt. And were destroyed. By none other that the One who initially delivered them.
Remember Jesus did not say “You must become born again” (referring to a point in time!)
Nope – He didn’t say it that way, and that wasn’t His message.
You must

born again (a state of being!)