Did Jesus go to Hell?

What type of question is that?

Three passages seem to tell me that, between the crucifixion and the resurrection, Jesus actually descended into hell.

The passages are as follows.

For Christ also hath once suffered for sins, the just for the unjust, that he might bring us to God, being put to death in the flesh, but quickened by the Spirit:

By which also he went and preached unto the spirits in prison;

Which sometime were disobedient, when once the longsuffering of God waited in the days of Noah, while the ark was a preparing, wherein few, that is, eight souls were saved by water.

The popular teaching goes like this – the spirits are those of Noah’s generation that are in some type of prison at the time of Peter’s writing.  The assumption is that at the time of being put to death in the flesh, Jesus preached to these spirits in prison, before the resurrection. To the disobedient, He confirmed their condemnation and to the righteous He declared His victory, and their subsequent being led out of the prison they are in. (See Eph 4:8-10 below for verses that seem to teach this scenario.)

Another interpretation is that he – Noah, during the construction of the ark, by the Spirit, preached unto the disobedient, who are now spirits in prison.

This seems to make sense to me, since:

The passage in 1 Peter in not conclusive, to say the least

Lets go on to the next passage and see if it sheds any additional light on this subject.

For David speaketh concerning him, I foresaw the Lord always before my face, for he is on my right hand, that I should not be moved:

Therefore did my heart rejoice, and my tongue was glad; moreover also my flesh shall rest in hope:

Because thou wilt not leave my soul in hell, neither wilt thou suffer thine Holy One to see corruption.

Thou hast made known to me the ways of life; thou shalt make me full of joy with thy countenance.

The passage of interest focuses on verse 27, where Peter quotes the 16th Psalm, declaring that the resurrection was prophesied.

A major assumption needs to be made if this verse is to teach that Jesus was in the traditional concept of hell. The term used in the Old Testament referring to this hell is Sheol, which by all accounts refers to the grave.

Even within this passage in Psalm 16 itself, with the use of Hebrew poetry (restating the same concept with different words) the psalmist describes what he means when he says “hell”. Hell seems to be synonymous, in this psalm, with corruption. It is commonly understood that Old Testament believers did not have a clear understanding of the afterlife, and Sheol simply meant the grave.

As an aside, a very interesting study, for those interested, is the number of times the apostles referred to hell in their preaching to the lost. It is true that Jesus preached on hell (gk term hades) very often, but why didn’t the apostles keep up the message? That particular topic is for another time!

Given the last two passages, and the possibility (probability) of alternative interpretations, is this teaching depending on assumptions instead of Bible teaching for support?

The last passage that seems to support the teaching that Jesus visited hell is the following.

Wherefore he saith, When he ascended up on high, he led captivity captive, and gave gifts unto men.

(Now that he ascended, what is it but that he also descended first into the lower parts of the earth?

He that descended is the same also that ascended up far above all heavens, that he might fill all things.) 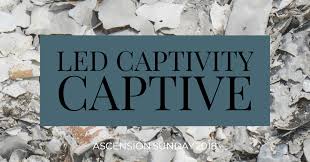 When Paul mentions that He descended into the lower parts of the earth, is it a safe assumption that he meant hell?  I taught that for decades and assumed it was without fault.  After all, what else could he mean?

I have a greater appreciation for the Word, now that I have finally understood that Paul, along with the rest of the New Testament authors, were preaching the risen Christ from the Old Testament. When a passage like Ephesians 4:9 is compared with the Old Testament, and found to shed light on a weak assumption, I will gladly confess my error.

Consider what I found after a simple search.

When I remember thee upon my bed, and meditate on thee in the night watches.

Because thou hast been my help, therefore in the shadow of thy wings will I rejoice.

My soul followeth hard after thee: thy right hand upholdeth me.

But those that seek my soul, to destroy it, shall go into the lower parts of the earth.

They shall fall by the sword: they shall be a portion for foxes.

But the king shall rejoice in God; every one that sweareth by him shall glory: but the mouth of them that speak lies shall be stopped.

This passage uses the very same phrase Paul uses, and seems to describe Sheol within the context. Simply defining the grave. Nothing to see here folks – lets move along!.

Sing, O ye heavens; for the LORD hath done it: shout, ye lower parts of the earth: break forth into singing, ye mountains, O forest, and every tree therein: for the LORD hath redeemed Jacob, and glorified himself in Israel.

Thus saith the LORD, thy redeemer, and he that formed thee from the womb, I am the LORD that maketh all things; that stretcheth forth the heavens alone; that preadeth abroad the earth by myself;

That frustrateth the tokens of the liars, and maketh diviners mad; that turneth wise men backward, and maketh their knowledge foolish;

At the very least, it would not prove that “the lower parts” are necessarily hell.

One other passage that I find amazing is the following.

Yea, the darkness hideth not from thee; but the night shineth as the day: the darkness and the light are both alike to thee.

For thou hast possessed my reins: thou hast covered me in my mother’s womb.

I will praise thee; for I am fearfully and wonderfully made: marvellous are thy works; and that my soul knoweth right well.

My substance was not hid from thee, when I was made in secret, and curiously wrought in the lowest parts of the earth.

Thine eyes did see my substance, yet being unperfect; and in thy book all my members were written, which in continuance were fashioned, when as yet there was none of them.

Based on the passage in Psalm 139:15, the lowest parts of the earth, are referring to the womb. This is an incredible passage in light of Ephesians.

Granted, it is not the exact phrase that Paul used in Ephesians 4:9, but it shows the difference between my independent interpretation (lower parts of the earth = hell), compared with Scripture interpreting Scripture.

In view of the previous three Old Testament verses, Ephesians 4:9 could be referring to

I have also understood that Paul may be referring to the class of people Jesus came to be among, that is, the lower class. This is a possibility and a teaching that Paul has brought up in his writings before.

With all of this being said, I find there to be very little Biblical support for the popular teaching that Jesus visited our traditional concept of hell, ie. a holding place of suffering for the lost.

5 thoughts on “Did Jesus go to Hell?”