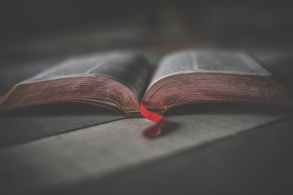 In our previous post “Promises to Israel – Introduction” we considered a central question.

Should the nation of Israel expect realization of Old Testament promises in the future?

This post will address the Promise of the Land.  So, as my brother used to say – “Pitter patter, let’s get at ‘er”

And I will give to you and to your offspring after you the land of your sojournings, all the land of Canaan, for an everlasting possession, and I will be their God.” 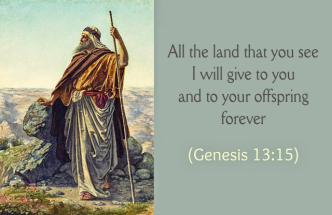 There you have it – He promised Father Abraham all the land of Canaan. Genesis 13:15 states that the land will be given to Abram and his offspring forever. The verse above speaks of an everlasting possession.

But there seemed to be a condition, as the next set of verses seems to indicate.

Even with this condition stipulated, and the nation of Israel rebelling constantly, the Old Testament speaks of God fulfilling His end of the bargain. Remember that this land promise was a bilateral contract / covenant and One of the parties in this agreement kept His word.

You are the LORD, the God who chose Abram and brought him out of Ur of the Chaldeans and gave him the name Abraham. You found his heart faithful before you, and made with him the covenant to give to his offspring the land of the Canaanite, the Hittite, the Amorite, the Perizzite, the Jebusite, and the Girgashite. And you have kept your promise, for you are righteous.

Thus the LORD gave to Israel all the land that he swore to give to their fathers. And they took possession of it, and they settled there. And the LORD gave them rest on every side just as he had sworn to their fathers. Not one of all their enemies had withstood them, for the LORD had given all their enemies into their hands. Not one word of all the good promises that the LORD had made to the house of Israel had failed; all came to pass.

If these verses are to be believed, it looks like the concern over God’s honor is misplaced. He is faithful, and has performed all His promises in relation to the people of Israel in occupying and possessing the Promised Land.

It looks like the Old Testament confirms God’s promise of the Land to be an accomplished fact.  Contact me or make comment to further our discussion in Considering the Bible.  I look forward to your thoughts.