One more story for those out there reading my thoughts.

It was a long time ago, well nigh 40 years now, when I met my future wife, and began to experience things that completely changed my life.

As you may know from previous blog posts, I had been haunted by the Great White Throne judgement since I was about 7, constantly looking for distractions in my life. When that pretty little girl entered my vision, I thought – Awesome distraction!

But a soon as we started chatting, she spoke of Jesus and how He had saved her from death in an auto accident. But she had something that was different and I wanted to know more.

Can I take you on a date? She said yes! (Obviously)

And so our love began. And so I traveled to her home 40 minutes north of my work, every night to be with her.

I was converted, saved from a life of waste and sin a mere week after I met her. On February 19th, 1981, I bent the knee to Christ. All my fears and worries evaporated. Coming out of a drug culture, we had an expression for a permanent smile.

Well I definitely had a coat hanger that night.

I was so excited about knowing the Savior, I couldn’t sit still. I immediately went to visit my girl, (I got right at her brothers house, but that is a different story!) but she just went to bed, so I took off to my apartment in Orillia.

As I entered my neighborhood, I suddenly felt famished, and decided to get me some grub. Off to the local restaurant, where I found an empty booth and ordered some fries.

Before the fries arrived, temptation sat down beside me.

She said she knew me, but it must have been from a previous night in a bar, when I had had just one drink too many. I couldn’t remember her name, or even her face. But she sure wanted to know me. Wink nod.

Golly – a brand new believer, without a whit of Bible knowledge, but surely this was wrong. No matter, since I was so high on Jesus, I started sharing what I knew of Jesus. She looked shocked and left to find some other victim. But this type of activity was not the last I would notice as a young believer.

As I hinted around earlier, my favorite and I got hitched eight months after meeting. Just prior to the wedding, we met a fella that showed an interest in the Lord and he eventually made a confession of faith the day before the wedding (if I recall correctly).

He went away so happy and I told him that we should get together again the next day – before I got hitched! But he didn’t show up. I eventually was able to chat with him and he told me a story that was very eerily reminiscent of my own.

The night he got right with God, he ran into an old friend who offered herself to him. He said he was shocked, since previously she had shown no interest in him other than as a friend.

I suppose it is clear as to why I didn’t see him the next day. Falling into a sinful act upon the very day of salvation must be heartbreaking, and I wanted to encourage him of the long haul. But alas, I don’t think I saw him after that.

My favorite and I got hitched, we moved south and started our lives together.

But I think of him occasionally and hope for the best.

Those experiences taught me that we have an intelligent enemy, and that his methods are “coincidental”. 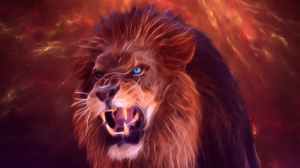 Be sober-minded; be watchful. Your adversary the devil prowls around like a roaring lion, seeking someone to devour.

Drop me a comment if you have experienced a similar attack, and of how the Lord rescued you from the one who is our enemy.