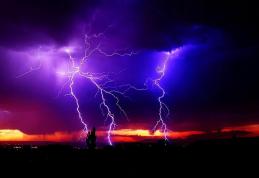 We were at a Bible study a while back, chatting about Matthew 24 and the Lords soon return.

I had just been studying this passage and some of the words contained in the passage that may have been understood differently by the Lord’s audience than by us. Let’s consider the verse first..

Lightning out of the East

For as the lightning comes from the east and shines as far as the west, so will be the coming of the Son of Man.

One of these words is astrape. (Strong’s definition and verse list can be found at end of post.)

By the time we got to verse 27, I had to speak up, since what I found out earlier seemed to apply.

There is a teaching nowadays that implies that the Lord’s appearance will be like a local lightning strike – quick, bright and destructive. This may be true based on many passages, such as

And then the lawless one will be revealed, whom the Lord Jesus will kill with the breath of his mouth and bring to nothing by the appearance of his coming.

But this passage in Matthew may not be reinforcing this teaching.

Lightning from a Candle?

Consider Luke 11:36 below. The same word (astrape) is used, but if translated as “lightning” would read as.. 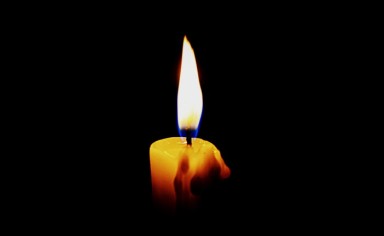 If then your whole body is full of light, having no part dark, it will be wholly bright, as when a lightning with its rays gives you light.”

Now that don’t make no sense, now does it? So whats the point?

This word (astrape) may be understood to describe a shining, such as a sunrise or such. If so, this may be the better understanding of Matthew 24:27. This makes a bit more sense, since the Lord’s statement refers to the “astrape” coming out of the east and shining even to the west.

Literal Lightning (as an aside)

Literally speaking, lightning comes from the the sky and touches the ground, that is, it travels vertically, not horizontally! (By the way, if I wanted to be scientifically accurate, lightning travels from the cloud to the ground and then from the ground to the cloud again, but I don’t think Jesus was trying to be that literal.)

On the other hand, the sun does rise in the east and illuminates the west.

The point is that when the audience of Jesus’ day heard this reference, the idea may possibly be that of a sunrise. The sun rises in the east, and travels/shines to the west. If so, the Lord is describing His coming in a number of ways.

Lightning or a Sunrise 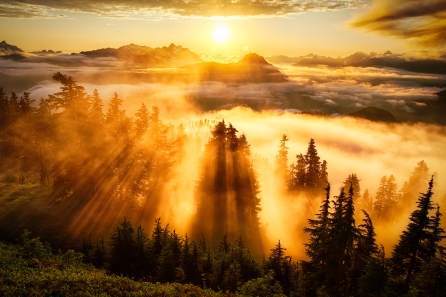 The imagery of the Lord’s coming as a sunrise is used again in 2 Peter 1:19. Notice that 2 Peter 1:16, setting the topic of the passage, is describing the power and the coming of the Lord.

For we did not follow cleverly devised myths when we made known to you the power and coming of our Lord Jesus Christ, but we were eyewitnesses of his majesty.
For when he received honor and glory from God the Father, and the voice was borne to him by the Majestic Glory, “This is my beloved Son, with whom I am well pleased,”
we ourselves heard this very voice borne from heaven, for we were with him on the holy mountain.

And we have the prophetic word more fully confirmed, to which you will do well to pay attention as to a lamp shining in a dark place, until the day dawns and the morning star rises in your hearts,

His “coming” is not necessarily as simple as I first thought.

His “comings” referred to in the 2nd and 3rd chapters of the book of Revelation are past events. (Only one of the churches mentioned remain to this day.) The candlesticks have been removed!

His coming described in James 5:7-9 may be referring to a past event. Compare the James passage with Jesus words on His coming in judgement to the Jewish nation. The judge is standing at the door! (gates in this translation!)

So also, when you see all these things, you know that he is near, at the very gates.

So also, when you see these things taking place, you know that he is near, at the very gates.

Be patient, therefore, brothers, until the coming of the Lord. See how the farmer waits for the precious fruit of the earth, being patient about it, until it receives the early and the late rains.
You also, be patient. Establish your hearts, for the coming of the Lord is at hand.
Do not grumble against one another, brothers, so that you may not be judged; behold, the Judge is standing at the door.

His coming will surprise many. (Most likely myself!)

I think this little study has helped me see one thing. The how and when of His coming is so unimportant issue when it comes down to it.

The issue is to daily be ready.

I am ashamed of being so often distracted from focusing on that day when I shall be with the Lord.

Peace be unto you

For as the lightning comes from the east and shines as far as the west, so will be the coming of the Son of Man.

His appearance was like lightning, and his clothing white as snow.

And he said to them, “I saw Satan fall like lightning from heaven.

If then your whole body is full of light, having no part dark, it will be wholly bright, as when a lamp with its rays gives you light.”

For as the lightning flashes and lights up the sky from one side to the other, so will the Son of Man be in his day.

From the throne came flashes of lightning, and rumblings[fn] and peals of thunder, and before the throne were burning seven torches of fire, which are the seven spirits of God,

Then the angel took the censer and filled it with fire from the altar and threw it on the earth, and there were peals of thunder, rumblings,[fn] flashes of lightning, and an earthquake.

Then God’s temple in heaven was opened, and the ark of his covenant was seen within his temple. There were flashes of lightning, rumblings, peals of thunder, an earthquake, and heavy hail.

And there were flashes of lightning, rumblings, peals of thunder, and a great earthquake such as there had never been since man was on the earth, so great was that earthquake.

One thought on “Return of the LORD as Lightning?”