A fella by the name o

I have found a few posts that he published.  These posts are interesting to me since they have a theological leaning.

You see, this man listened to a preacher teaching about eternal security, and the message this man heard allowed him to make some very serious decisions!

I should have exit plan done and practiced by then. I know nothing will change, no matter how hard I try or what goals I set.

I hope it doesn’t snow on Tuesday. Just thought of that. The crowd will be thin so I would postpone. —-!

A little later he would write

Be Ye Holy, even as I have been Ye holy! Thus saith the lord thy God!”, as pastor Rick Knapp would proclaim. …. religion is a waste. But this guy teaches (and convinced me) you can commit mass murder then still go to heaven. Ask him.

Was at the gym to lift. Very crowded. Tomorrow should be good. …… to be in serious pain so long one thinks it is normal. I cannot wait for tomorrow!

It is 6:40pm, about hour and a half to go. God have mercy. I wish life could be better for all and the crazy world can somehow run smoother. I wish I had answers. Bye.

I was so eager to do this last year.

What is it like to be dead? I always think I am forgetting something, that’s one reason I postponed. Similar to when you leave to get in your car to go somewhere – you hesitate with a thought: “what am I forgetting?”. In this case, I cannot make a return trip!

To pull the exit plan off, it popped into my mind to just use some booze.

I took off today, Monday, and tomorrow to practice my routine and make sure it is well polished. I need to work out every detail, there is only one shot.

Maybe soon, I will see God and Jesus. At least that is what I was told. Eternal life does NOT depend on works. If it did, we will all be in hell. Christ paid for EVERY sin, so how can I or you be judged BY GOD for a sin when the penalty was ALREADY paid. People judge but that does not matter. I was reading the Bible and The Integrity of God beginning yesterday, because soon I will see them.

Also, any of the “Practice Papers” left on my coffee table I used or the notes in my gym bag can be published freely. I will not be embarrassed, because, well, I will be dead.

On August 4th, 2009 George Sodini entered an LA Fitness health club, firing 52 shots into the building, killing 3 women and injuring nine others.  He also took his own life.

This shooting was perpetrated by an imbalanced man, with multiple struggles and personality conflicts.

The referral to seeing God and Jesus, along with the reference to being able to commit mass murder while still being able to go to heaven seems to me to be a warning sign of the eternal security teaching.

Can a sick man take a good teaching and warp it to his own justified benefit?  You bet.

Can this type of teaching also lend itself to 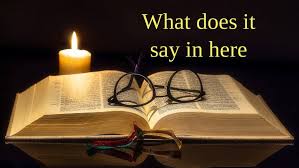 allowing for sinful actions to be justified within the believers life?  I think so, and this story seems to indicate this very thing.

Be careful of the teachings you listen to.  Actions are a result of beliefs.  Guard your heart, and follow the truth found in the Scripture, and not from any man.