A fellow believer asked for clarification within these posts, and the following red text has been added to this and following posts to hopefully give clarification

Let’s continue considering Cody’s effort to convince me of the necessity of local church membership, with the assistance of Mark Dever from 9 Mark’s ministries.

In this post, I examine the claim that Local Church Membership, as understood in our modern world is required in order To be Obedient to the Scriptures.

1) To be Obedient to the Scriptures

Now when Jesus came into the district of Caesarea Philippi, he asked his disciples, “Who do people say that the Son of Man is?”

Although this is the beginning point for every person in their obedience to the Lord Jesus, I do not see any connection to church membership in this passage. Please correct me if I am missing something. 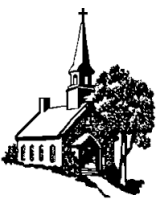 15 “If your brother sins against you, go and tell him his fault, between you and him alone. If he listens to you, you have gained your brother.
16 But if he does not listen, take one or two others along with you, that every charge may be established by the evidence of two or three witnesses.
17 If he refuses to listen to them, tell it to the church. And if he refuses to listen even to the church, let him be to you as a Gentile and a tax collector.
18 Truly, I say to you, whatever you bind on earth shall be bound in heaven, and whatever you loose on earth shall be loosed in heaven.
19 Again I say to you, if two of you agree on earth about anything they ask, it will be done for them by my Father in heaven.
20 For where two or three are gathered in my name, there am I among them.”

In this passage, Jesus refers to discipline to be administered to an erring brother, for the sake of “gaining your brother”. Jesus guides us to keep the offense local (between brothers) until refusal to “hear” the rebuke forces the offended party to tell the church.

What I find amazing is that the pastor or elders are not referred to here in this passage. The entire church is told of the offense.  Now, if a man who has signed his name on a church roll is in sin and it comes to the knowledge of the church, could not that man simply choose to move to another church, or possibly just give up on church.

The point is that church membership, in the form which is commonly thought of within our Christian culture, has had very little effect in performing its stated goals.

On the other hand, if (and when) I have been a part of a group (dare I say a family) of believers that love and trust one another, this type of treatment is very effective.

Therefore, I do not see the use of this passage, in relation to being obedient to the scriptures, to be as effective as supposed.  As a matter of fact, this passage could be used to define the local body as being as small as “two or three” gathered in His name.  Obviously local church membership would be a redundant concept for such a small local group!

12 Now many signs and wonders were regularly done among the people by the hands of the apostles. And they were all together in Solomon’s Portico.
13 None of the rest dared join them, but the people held them in high esteem.
14 And more than ever believers were added to the Lord, multitudes of both men and women,

What a great passage showing the authority the apostles exercised during the early church. Signs and wonders by the apostles were being wrought among the people (just believers or all people?)  Believers were added to the church.

Where is the justification for church membership in this verse?  Could it be in the verb “join” in verse 13?  I suppose this is possible, but the natural reading would not make me think of local church membership, but association with the believers through exercising faith in the Son of God.

Also, the local church, at this time in the history of the church, would have been in one location (all …. in Solomons porch) within the City of Jerusalem, and therefore would fall under the definition of a church within a city, and not that of the local church as we think of today.

I will continue posting my response to each of the 6 reasons in following days. I do hope you will join me in my discussion with Cody, and supply comment or correction from the Word for our mutual edification.

If you read something in this discussion that concerns you, please take the time to send me your comments or reply within the post. I look forward to hearing from you.